I have been a speaker at two major psychiatry conferences last year in Washington DC and Amelia Island FL, on the topic of AI and Big Data in psychiatry (see slide presentation below). What I found in speaking with conference attendees is that the psychiatrists and behavioral health researchers found it difficult to make the connection on how to implement AI into actual psychiatry use cases. In other words, what’s the point of even introducing AI to psychiatry if they can’t even picture how it will be used in psychiatric practice?

So how do we utilize AI in psychiatric practice? This is a valid question, and those of us at the cutting edge of this emerging field need to clarify exactly how AI can be implemented into a psychiatric practice. Otherwise, AI and psychiatry will just be left to Sci-Fi movies, such as seen in the movie I, Robot (2004 film), featuring psychiatrist and advanced robotics expert Dr. Susan Calvin:

Although I’m not saying that having an AI psychiatrist making AI robots seem more human is within reach, I’m going to show you actual use cases for psychiatry which AI can solve now. Given I’m both an MD psychiatrist and an MSc data scientist, I’m well-positioned to connect these seemingly different domains of psychiatry and AI.

Now let’s look at the following three psychiatry use cases for AI that we can implement now:

Predictive modeling is about using historical data to build machine learning algorithms to predict future events. For this AI application in psychiatry, we will utilize the following psychiatry use case: we will predict which treatment is likely to work for a patient with depression.

Use Case 1: let’s look at patients with depression who responded to treatment (see Figure 1 below):

Before AI, psychiatrists would utilize clinical intuition, presentation, and history of the patient to predict which group the patient belonged- Group A, B, or C. Sadly, this is performed with much guess work, given the subjective nature of such classification task. However, utilizing AI with predictive modeling would help improve the matching of the patients to the right group, and hence the right treatment quickly, so that the Late Responders in Group B will become the Early Responders in Group A.

Furthermore, utilizing AI with predictive modeling will help identify the Non-Responders in Group C quickly, so that a new treatment can be developed for them. And once this new treatment is found for the Group C patients, they would soon become the Early Responders in Group A. So as you see, utilizing AI via predictive modeling can help to improve the overall treatment of depression (via accurate classifications into Groups A, B, or C), with the end result that all patients become Early Responders.

Computational phenotyping is about utilizing computational techniques such as machine learning to classify illnesses and other clinical concepts from the data itself. The “traditional” approach to phenotyping psychiatric disorders involves using supervised learning and relies on domain experts (psychiatrists), and has two main limitations:

For instance, the traditional approach to phenotyping psychiatric disorders may fail to acknowledge that a psychiatric disorder treated as a single condition may really have several subtypes with different phenotypes, as seems to be the case with depression and schizophrenia. Some recent papers cite successes instead using unsupervised learning to finding novel patterns with regards to grouping psychiatric disorders based on Kraepelin-like observations of prognistic similarity, but instead of grouping the patients manually as Emil Kraepelin did, unsupervised learning uses computational power and clustering machine learning algorithms to group the patients. This unsupervised learning approach utilizing computational power and machine learning clustering algorithms shows great potential for finding patterns in Electronic Health Records that would otherwise be hidden and that can lead to greater understanding of psychiatric conditions and treatments.

When treating patients, doctors often compare the current patient to past patients they have seen, also known as case-based reasoning. Patient similarity is about simulating the doctor’s case-based reasoning using computer algorithms. Instead of depending on one doctor’s memory, wouldn’t it be nice if we can leverage all the patient data in the entire database?

Use Case 3: let’s compare a patient in the clinic to all patients in the hospital database using computer algorithms (see Figure 3 below):

In summary, AI and Big Data in Psychiatry can be implemented now, starting with the three psychiatric use cases discussed in this article. Although we have a long way to go before we can reach the fictional expertise of Dr. Susan Calvin and the creation of human-like AIs in I, Robot, we can start using AI in clinical psychiatry now to improve psychiatric diagnosis and treatment. 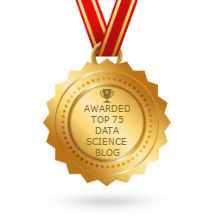